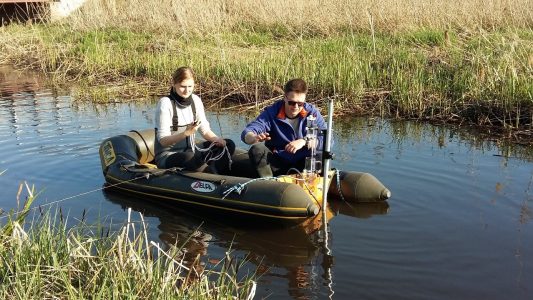 In lowland landscapes where anthropopression have dominated environmental processes, which is the case of nearly the whole Europe, rivers remain the most important refuges for biodiversity. Among the other aspects shaping functional diversity of riverine ecosystems, especially the ones that remain low dynamic due to the low flow velocities, there were processes of water exchange in the hyporheic zone reported as critically important. Specific environmental and biogeochemical conditions of groundwater-surface water interface in rivers and streams features development and function of biofilms. Changing water temperature and chemical composition affect development of macrophytes and taxonomic structures of benthic invertebrates and fish. Increasing exposure of lowland rivers to stress originating from the intensifying agriculture and industry remained therefore a hot topic in contemporary water management and political discussions at the international level, requiring cutting edge scientific support in the field of ecohydrology in decision making and river ecosystem management. Appropriate hydraulic conditions within the hyporheic zone remain also the topic in environmental restoration, for which assurance of appropriate contact of groundwater and surface water remains an ultimate goal of water management measures to improve the resilience of aquatic habitats in the rivers and the adjacent wetland zones. This project covers a scientific problem of explaining the role played by the water exchange between the groundwater and surface water within the hyporheic zone in the spatio-temporal relationship, linking the cause – dynamics of water flow in natural lowland river and the effect – changing habitats in the river bed and adjacent riparian valley. 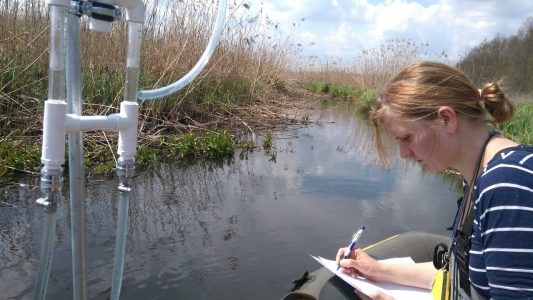 Research Hypothesis states “the dominant factor that determines the diversity of ecological state of low-dynamic, natural lowland river and habitats in adjacent riparian valley is the intensity of the surface water-groundwater exchange within the hyporheic zone”.

The analysis of habitat status of marginal fen based on surface-groundwater interactions  measurements and modelling. The research area is located in the upstream part of Biebrza River  in Biebrza National Park. Section placed between Rogożyn and Rogozynek, has been not mown or dragged since 1992. This form an advantage for the analysis of semi-natural small river valley conditions. The peat forming process has not been halted, what was confirmed by the earlier publications, and natural and extensively used vegetation has been declared as in the reference status. During the project span monitoring system has been established, which consists of 36 piezometers, 4 limnigraphs and one meteorological station. The data form the system has been enriched by the numerous hydrometric, geodesic, geological, soil and biological measurements. The latest recognised macropytes and benthic fauna. As a result of the theoretical part of research Analytical Hyporheic Flux (AHF) model has been invented. This allows for efficient interfacing surface and ground water models. As a next step two ground water model (based on ModFlow and FeFlow) and one hydrodynamic model (based on Hec-Ras) were calibrated and validated. 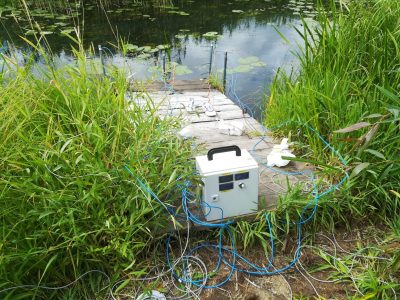 Models run and additional chemical data analysis revolved that river drains the ground water fed, marginal fen much more intensively then it was previously described. Practically, it means that for fen located in river valleys, protections measures should be concentrated not only on vegetation cover (and thus evapotranspiration drainage) but also on the river status. The fen protection (in the not drained valley) however is challenged by the new, not completely understood processes. The analysis proofed that system is much more hydrologically dynamic, the ground water supply is less stable and soil retention is smaller than reported for similar type of fens in the past. At the same time in the analysed section of the river valley and surrounding areas there were no findings on new infrastructure, ground water abstraction or intensive agriculture development. The long term analysis of hydrological and meteorological variables were negative but not statistically important for fen stability. The range of changes in soil parameters cannot be explained by the measurements in dry period (2018-2020) only. This needs further research, however it allows formulation for advice on more inclusive formulation of fen protection plans by including the catchment water management study. 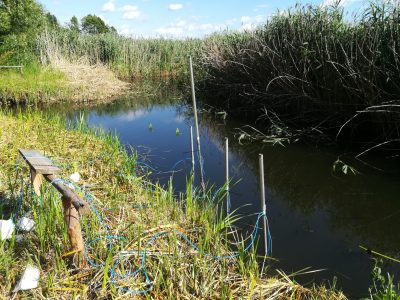 Looking for the above described  phenomena explanations more intensive geological and hydrogeological study was performed. This brought some new insight on the hydrogeological functioning of the Upper Biebrza system. There were some hypothesis of existence of hydrogeological window connecting first and second aquifer. We have proofed that it located there and impacts long term  hydrological functioning of Upper Biebrza catchment including rivers Sidra, Nurka and Ponarlica. This allows for better description and future prediction for water divide of Wisła and Neumas development. 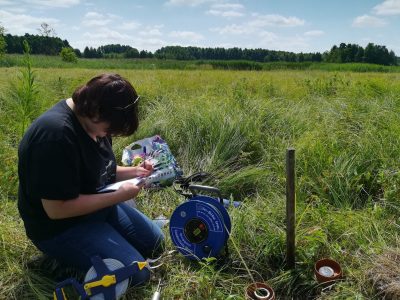 The analysis of macrophytes and benthic fauna shown week relation with the flow direction on surface-ground water exchange, however it confirmed that ecological status of benthos is in direct relation with hydro-morphological quality of river hydraulic units. 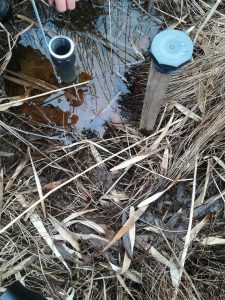 The results of the project have been presented in publications of international scope: 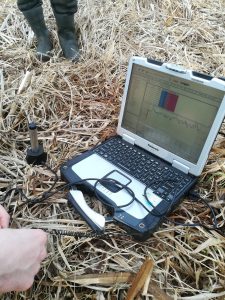 and at international scientific conferences: 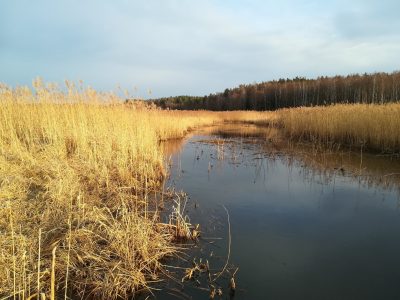 During the project implementation at the Warsaw University of Technology, 8 diploma theses (4 MSc and 4 BSc theses) were completed and defended. The theses concerned issues related to the flow of groundwater in the hyporheic zone of the river. Data, tools and measuring equipment obtained as part of the project were used in the diploma theses. 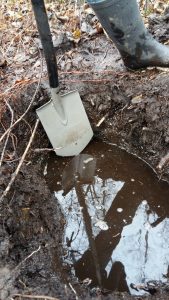 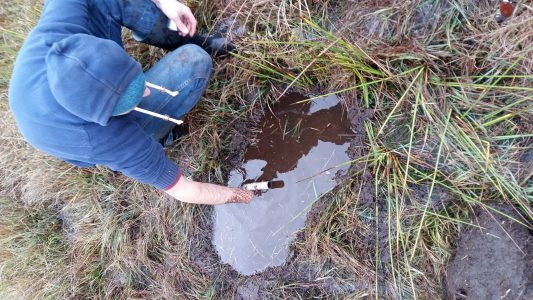